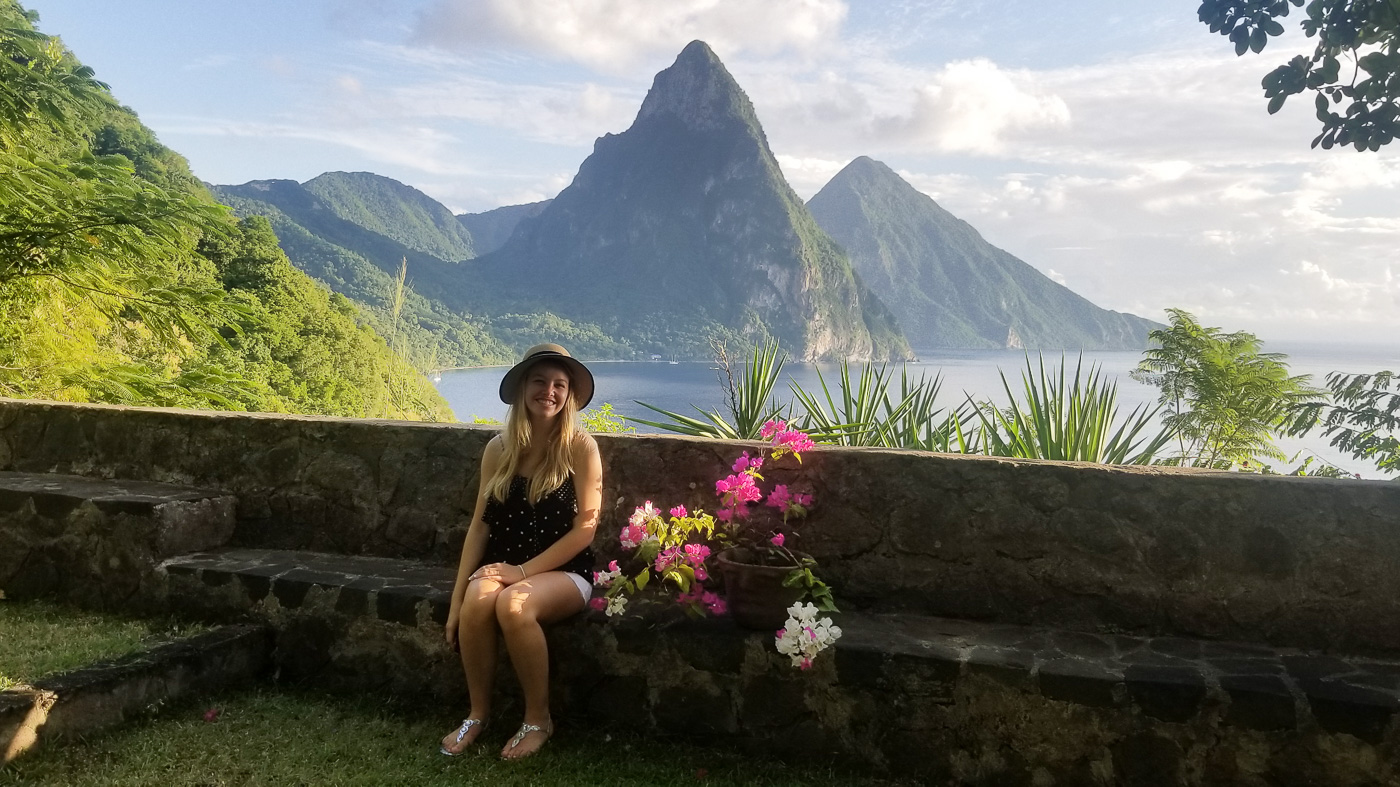 Immediately following our marriage, Ruby and I travelled to the island of Saint Lucia in the Caribbean. While Ruby knew we were going on a honeymoon, she (along with everybody else) was never told of where we were going.

A little disclaimer - this post is very long and detailed, as it’s a journal published in its nearly raw form. This post mostly exists for ourselves, our family, and those who are planning a trip to Saint Lucia. All notes were taken on my phone in StandardNotes when we had down time. I opted not to bring my bulky semi-valuable camera, because sometimes I find myself more focused on photography than what I’m shooting, so all photography in this post comes from a Samsung Galaxy S8. Let’s begin at Day 1.

Ruby and I woke up at her parents’ house a little after 4 AM to make our first flight. Ruby’s mom was sweet enough to take us to Reagan. We made it there with plenty of time to make our flight to Miami.

Our layover in Miami was short, so much so that by the time we got to our terminal, we were one of the last ones on. This is when Ruby learned that we were going to Saint Lucia. She didn’t really have much of an idea of what it was, which was the best part. Originally, we were several rows away from each other, but by God’s grace a seat next to Ruby was vacant. I filled her in on a few details as we travelled.

Upon arrival, we turned in our customs forms and went to the SIXT booth to get our rental car. We got a splendid little Suzuki Jimny in forest green. Some shady white guy was there flirting with the lady behind the desk. From what I could tell, he was looking to make a quick buck by opening a water taxi from the Hewanorra International Airport to the resorts in Castries. Judging by our brief interaction, I would not go into business with him.

We left the airport and headed up to Soufriere. The road was nicer than I imagined, and has all sorts of hairpin turns and elevation changes. Oh, to have my own corner carver here and an empty road…

Getting used to driving on the left hand side of the road was pretty easy. It just means you have to evaluate the situation a little more whenever you turn.

Ruby took some photos on the way. As we reached Soufriere, we stopped at a scenic overlook toward the town and the beach. We talked to another tourist that was also driving a Jimny. He was on a sailing trip, and had been on Saint Lucia a few days already. He kindly took our picture.

We made it through Soufriere successfully after getting a little lost because we continued past our turn and proceeded along the main road up the mountain instead of hanging left at the Hummingbird Resort.

We pulled close to La Batterie (our first AirBnB) when Terry, the gardener, spotted us and asked where we were headed. He helped us inside the compound and Stephanie, the house manager, showed us around. Although the sun had already gone down, the Pitons were still visible. During our little tour, La Batterie seemed to just go forever. We were shown three of the four bedrooms, but of course we only used the one whose doors opened up to a spectacular perspective of the Pitons. There was a big wow-factor to this place, which is what I was going for. I spoil her. She kept looking back at me like “you’re too much”, which is what I go for.

Stephanie had prepared us both chicken rotis with salad and fried plantains. The roti consisted of potato and chicken curry wrapped in a crispy tortilla - a staple Caribbean dish.

When we were enjoying our dinner, Clavie, the driver for the villa (who we didn’t end up using at all due to our rental Jimny), showed up to show us how to use the safe.

After dinner, we hopped into our own private pool. It had steps on one side that descended maybe 8 feet underwater, and the other side had a ramp. There was this cool little divot on the ramp side where you could sit mostly still in the pool. A smaller kiddie pool was raised next to the main pool with a waterfall that poured into the main pool. It was really nice.

After our time in the pool, we showered, and set out to try some of the fresh fruit. Ruby tried to make a smoothie with the bananas, pineapple, papaya, grapefruit, grenadine, and a shot of rum. It was terrible, but it was fun.

We uncurled the mosquito net, shut the doors, and went to sleep.